How It All Started...

For every house is built by someone, but He who built all things is God

Our history dates back to the 1920s, where one family’s choice, led to the construction of the Holy Church of the Annunciation of Our lady the Theotokos, “Evangelismos”.

Antifello, was a town located on the Asia Minor coast, only a few kilometres away from the island of Castellorizo. This town was originally home to settlers from Castellorizo and housed many Orthodox Churches. From 1921-1922, during the Graeco-Turkish war, the inhabitants were forced to flee, many of which went to Castellorizo. One family, the Stamataglou family, before fleeing, took an old icon of the Evangelismos (Annunciation of Our Lady) from one of the Churches with them to Castellorizo. It remained under their protection, until the late 1940s, when they brought it to Australia with them.

By the mid-1950s, the Greek community in Perth was rapidly growing. Two men, John Stamatiou and John Kalafatas, with Castellorizo descent, had the icon under their protection and sought to build a new Church, where it may live and be venerated.

A group mainly of post-war immigrants decided to establish a new community, the Greek Orthodox Community of WA, with the intent to build this new Church. The decision was made and this decision was subsequently publicised. The group found an old Anglican Church, under the name of St Paul’s Anglican Church, which was believed to have been erected sometime in the 1920s. Funds were raised, financial collateral was placed, and the Church was purchased.
This Anglican Church, along with the Presbytery, was purchased by the Greek Orthodox Community in March of 1958, and in December of the same year, the Greek Orthodox Church of Evangelismos was established. Very Rev. Christophoros Manessis became the foundation priest at the Church and served up until 1975 when he retired.

During Father Manessis’ service, it was decided that a proper Greek Orthodox Church should be built. So, the former St Paul’s Anglican Church was demolished, and on June 14 1970, the foundation was laid for the new Church.
Later that year, Dec 19 1970, the new Church was finally consecrated and became the Church that we have today.

Commit your works to the Lord, and your thoughts will be established

Over the years, our Church has seen many advancements and has grown significantly.
It was in December of 2006, upon the return of Father Emmanuel from his visit to Greece, that he opened the Evangelismos Bookstore and Library, both of which have not ceased growing.

In February of 2009, our Church was tasked with creating a newsletter that will allow our younger community to connect with the Church. It had reasonable success, however, it’s reach to the wider community was limited. So, in 2011, our newsletter transformed into a website, giving our Church reach across the world.

There is a lot of history in our Church and while we have had many changes as a parish, we are still apart of the One, True Church, with Jesus Christ as our head and foundation.

Only fear the Lord, and serve Him in truth with all your heart; for consider what great things He has done for you

Very Rev. Archpriest Christophoros Manessis was the foundation priest of our Church, beginning his service in 1958.
From December of 1970, Father Manessis was aided by Very Rev. Archimandrite Efstathios Kondilios. Then, after 1975 when Father Messis retired, our Church was led by Very Rev. Archimandrite Damianos Karavanatzis, as well as Father Efstathios until the end of April 1977.
At this time, we saw Rev. Father Antonios Papadokokolakis serving as parish priest for the next five years up until December of 1982.

Rev. Father Theoklitos Tsahouridis was next to arrive and served a full fourteen years as parish priest. At the end of June in 1996, Fr Theoklitos took over as parish priest at the Church of Sts. Constantine and Helen, leaving the Church to Rev. Father Stylianos Skaros.
Father Stylianos Skaros took over for the next six years, after which Rev. Father Sotirios Vlahopoulos followed with a short two years.

Born in Macedonia, Father Vlahopoulos migrated to WA in 1956. His father, Athanasios Vlahopoulos, regularly served as a relieving priest at Evangelismos.
Read more...

Not much information is known about Father Stylianos Skaros. 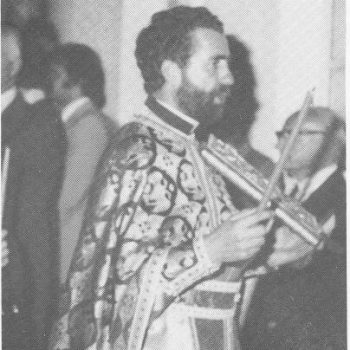 Not much information is known about Father Antonios Papadokokolakis, except that he was possibly born in Crete. 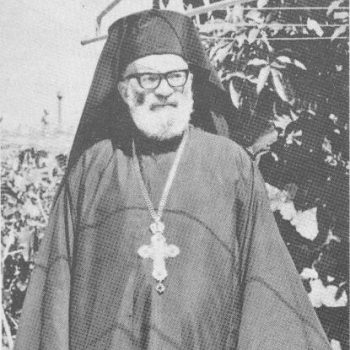 Not much information is known about Archimandrite Damianos Karavanatzis. 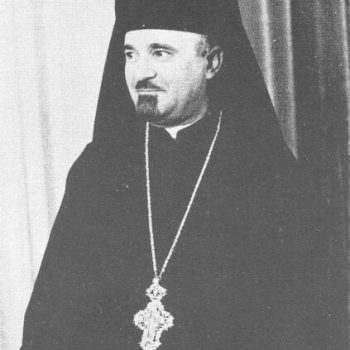 Born on Castellorizo, he migrated to Australia in 1946. He was ordained a priest in November 1970 and arrived in Perth December 1970.
Read more... 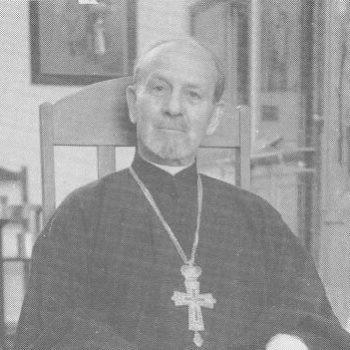 Taken mostly from the 25th Anniversary Commemorative Album (1958-1983) of our Parish of the Annunciation of Our Lady, the following galleries showcase the rich history that we share.

Take a step into the past, browse through the galleries, and see how it all began for us as a parish.

Guardians of the Holy Icon of the “Annunciation of Our Lady”

Sunday of Orthodoxy – Procession of Icons

Parents & Citizens Committee of Our Community