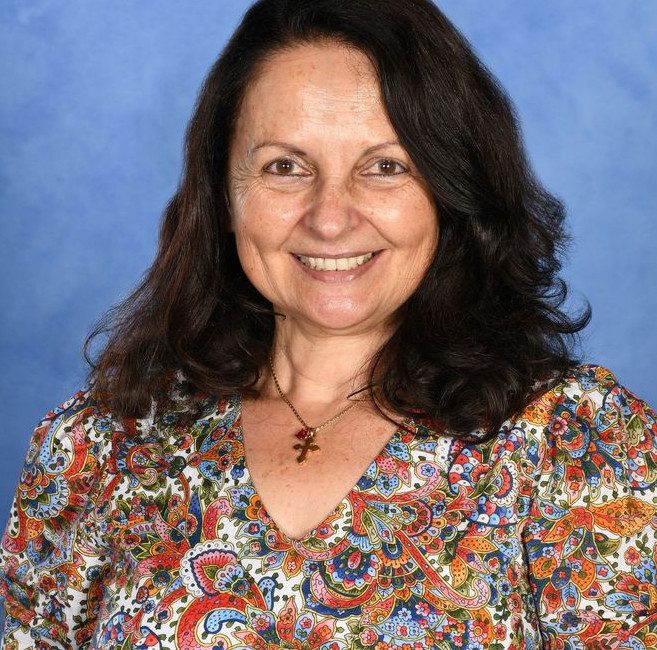 Is a graduate of The University of Western Australia (UWA); BA, GradDipEd, MEd (Hons), EdD. She holds a Teacher’s Higher Certificate from the Department of Education, WA, and has three certificates for competency in Modern Greek (TAFEWA; The Aristotle University, Greece; and the Centre for the Greek Language, Greece).

A secondary school teacher of English and Languages (Greek and French), Angela has been in the profession for over 40 years, teaching in all tiers; primary, secondary and tertiary, the latter of which includes teaching pre-service teachers at UWA, The University of Notre Dame Australia (UNDA), Deakin University (DU), and Australian Catholic University (ACU). Angela has also taught Modern Greek to adults at UWA and UNDA.

She has been a teacher and leader in the Independent sector since 1994, including being the Director of Greek Studies, Senior School Coordinator, Assistant Principal and, at intervals, Acting Principal of St Andrew’s Grammar from 1994 to 2010. During this time, Angela was also Principal of the Saturday Morning Greek School of St. Andrew’s Grammar. From 2012 to 2016, Angela was the Foundation Principal of Immaculate Heart College. She was responsible for introducing Modern Greek into the curriculum of IHC.

In 2016, Angela joined the Teach For Australia Program and is the ACU-TFA Regional Lead for WA. She is also a Lecturer, Unit Coordinator, and Honorary Research Fellow of the Graduate School of Education, UWA. As an Honorary Research Fellow, Angela has had a number of refereed publications, including chapters, and a book based on her doctoral research.

Angela serves on a number of committees, including the Western Australian Institute for Educational Research (WAIER); the UWA Council of Convocation; the Greek-Australian Cultural League of Melbourne Inc. (GACL); the Board of Directors of Immaculate Heart College; the Academic Committee of Charles Darwin University; and the UWA Academic Staff Association. She has been the Director of the Centre for the Greek Language (CGL) in WA since 2004, offering annual examinations in the Greek language; and Chairperson of the West Australian Modern Greek Language Teachers’ Association Inc. (WAMGLTA) since its inception in 2016. She has recently joined the Greek Language and Culture Institute (GLCI) as Education and Leadership Consultant.