I recently heard a musician on radio talk about his experiences concerning creative song writing and musical composition. He spoke about a well known principle for creative writing. “The best time to write a song” he said “is when one has experienced some form of grief or loss, it causes some kind of soul searching that engages the heart.” A good example of this in recent times was the tragic death of Eric Clapton’s five year old son who fell from his father’s high rise apartment. This tragedy overwhelmed the musician to such an extent that he felt a part of him die along with his little boy. It was not long after his son’s death that he wrote the popular song “Stairway to Heaven”.

The inclination towards heavenly things is naturally aroused in us when we are confronted with the finality of our life in the inevitable event of death. The remembrance of death puts our life into a different perspective. It is an event that neither the rich nor powerful, the young or old can escape from. Death does not discriminate.
Yet there are those who think that they can cheat death not having heard of Christ’s victory over it, as is evident with the modern practice of deep freezing bodies in the hope of some future technological advance for the revival of life.

God’s plan for us did not include the tragedy of death. Death came as a consequence of man’s disobedience, or the abuse of the gift of the free will by the acceptance of the false promise of the devil. A voice other than God’s was heard for the first time, it was the voice of the devil through the self. From that time forth self came into being which separated us from God. From that time on a new age had began, characterised by sorrow, pain and suffering. Our Lord Himself “wept” for Lazarus when He found his lifeless body laid out before Him. “He groaned in the spirit and was troubled” when He saw his sister Mary and the others gathered weeping for him. (John 11:33-36)

Death then is not a natural state but a consequence of disorder, for it was not included in God’s perfect order for us. Let us not make the error of judgement believing as some do that we are equipped to deal with death on our own. Nor should we believe that we can deal with death through other people without reference to God. Only Christ has authority over life and death and it is only through Him that we can be saved.

There is in our community a disturbing trend that sees the engagement of grief counsellors in response to meeting the needs of survivors of sudden and unexpected death. These counsellors are engaged in helping survivors with the after effects of both trauma and shock experienced with the unexpected loss of life. Whilst this response meets some of the immediate emotional needs of the survivors and the families directly affected, it falls way short of spiritual truth and reality. These responses to grief stem from a community that has lost its knowledge and remembrance of God. It is no surprise therefore that in these circles thoughts of heaven are often vague, having been borrowed from Christian Tradition, and then superficially applied without qualification. Absent of true meaning the design is to evoke peaceful thoughts and comport to the experience of overwhelming grief and loss. Thoughts of heaven are superficial and closely aligned to the need to be filled with nice thoughts rather than to inspire godly sorrow which leads us to repentance and the seeking of God’s mercy. In these circumstances grieving is often quickly replaced by the need to return to the familiarity and security of every day living than the more taxing occupation of life dedicated to thanks-giving and to the Glory of God. This illustrates to us the great gulf which exists between society and the Church when it comes to explaining the meaning of death. Whilst counsellors are practised in the stages of grieving they are strangers to the truth concerning life and death.

THE SORROW OF THE WORLD

Those who have not come to understand the central significance of the Church in dealing with death have missed altogether the purpose of Christ, the coming of the Messiah, our Saviour. It is here that we are confronted with the truth concerning death which replaces all grief and mourning because new life is found in Him. But as people are unable to come to terms with death they are unable to come to terms with true life so that they may be released from the “sorrow of the world” that “produces death.” (2 Cor. 7:10)
The tragedy of death cannot be fully understood by the world because it remains in sorrow for itself rendering it incapable of experiencing godly sorrow. Godly sorrow or repentance, leads us towards an understanding of the consequence of death and the opportunity to attain eternal life in Christ.
The world moreover, is unable to comprehend that death involves the separation of the soul from the body. It is even more unlikely therefore to comprehend the frightful reality of the second death or spiritual death as it is known, which involves the separation of the soul from God. For this is the real tragedy, because it discounts and denies all the love of God in Christ who came to regain that which was lost.

THE GREAT REFUSAL AND HEAVENLY PRIORITY

Christ’s victory over death is the single most important event in human history because it dramatically changed the meaning of death for all time. This is well illustrated when one of the disciples asked Our Lord if he could go and bury his father. Our Lord refused him permission, and told him “Follow Me, and let the dead bury their own dead.” Meaning, let those in the world who are spiritually dead bury the dead. Heavenly priority cannot be ignored nor overshadowed by anything or anyone if we are to attain eternal life.
The world is always looking for ways of defying death and denying the truth of eternal life in Christ, but the world has no authority or power over these things. Why is it then that we hear the world and not the Church? Christ said, “I am the resurrection and the life. He who believes in Me; though he may die, shall live. And whoever lives and believes in Me shall never die.” (John 11:25-25) 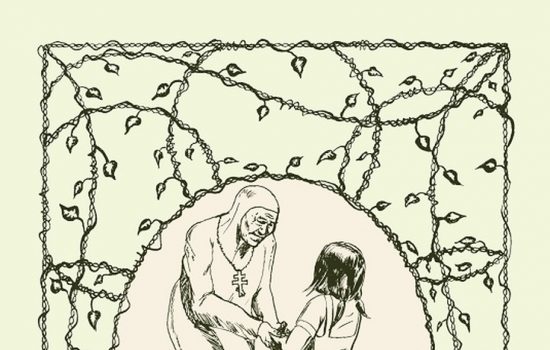 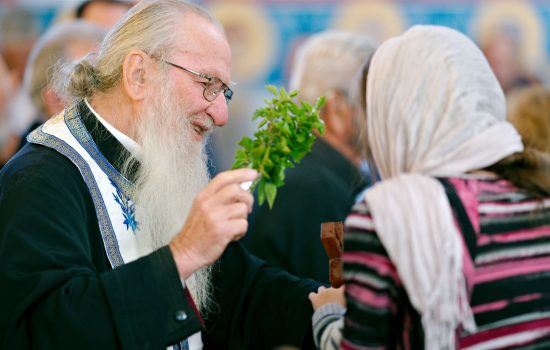